“When I completed medical school and residency in the Northeast, I rarely thought about the intersection of religion and medicine. But when I moved to the South for a combined fellowship in pediatric hematology-oncology and hospice and palliative medicine, I found myself enrolled in a crash course at the bedside,”

We expect doctors to provide state of the art care and help us get better from whatever ails us. By nature, patients are self-centered and believe that doctors should only be concerned about our problems.

In my previous blog “Waiting for Test Results” I shared a conversation from the early 2000’s that I had with a receptionist at the cancer center about responding to inquiries for test results.

Those familiar with my work as a medical humanist would not be surprised to hear that I’m still having conversations with patients about the challenges of navigating the healthcare system.

It’s a new year but I find myself reflecting on times past. So much for the lyrics of Auld Lang Syne, “Should old acquaintance be forgot and never brought to mind.”

What catapulted me back in time was a recent article in the Journal of The American Medical Association (JAMA) that highlighted the patient’s perspective of illness.

Adrienne Barnes, a nurse diagnosed with pancreatic cancer, was featured in “Voices From The Lived World of Illness,” a video produced by the Center for Communication in Medicine. During the interview she shared her frustrations when her doctor tells her “there’s really nothing I can do for you.”

The Center for Communication in Medicine, which I am a founder, decided that our next SpeakSooner Community Education Program on October 26 in Bennington would focus on the theme of transforming a medical crisis into an opportunity to find meaning and joy in one’s life. Planning this event brought to mind a woman whom I had known from time passed.

I recently stumbled upon an old email from a nurse with whom I worked with many years ago at the cancer center in Bennington, VT.  At the time she had asked me: “Do patients, really want their doctors/nurses to be human?  Or do they want them to do what they were trained to do and fix the problem?

Recently, a friend went to the emergency room with complaints of severe GI pain and was admitted to the hospital. Naturally, she was worried about the cause of her symptoms, which she had been experiencing on and off for 6 months. Under the care of her family doctor she tried several medications but none seemed to alleviate her pain entirely. Now, the doctor who she had known for many years and trusted was no longer involved in her care. Instead, a hospitalist appeared at her bedside and would be in charge of the case.

Prognosis is not a term familiar to most people unless used by a doctor to explain the expected course of a medical condition. Even then, the word or its implications may not be understood. 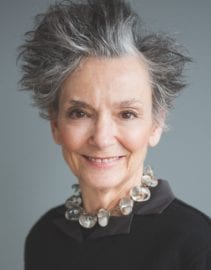 A pioneer in defining the role of medical humanist; Ms. Bandman is a writer, co-founder of the Center for Communication in Medicine and co-author of CCM’s signature tool, SpeakSooner®: A Patient’s Guide to Difficult Conversations.